This post goes into some more detail on the 2.2 update for Clipboard Everywhere, released January 11th, 2019.

Since its release, Clipboard Everywhere has been a paid service, offering a £0.79/month subscription to access its functionality. With this update, I'm now introducing a generous free tier, allowing people to access a subset of the functionality for free.

What can be done for free?

You can copy and paste between your devices, as much as you like, without paying anything - the core feature I built this software around is now completely free.

Beyond this, the remaining functionality is either restricted or removed. You can view the Tier Comparison page here in its styled glory, or see below for a bulleted list of what's changed for the Free tier, as it currently stands:

In my personal opinion, the most useful feature of the software is that it enables you to copy and paste across devices. I use this all the time to copy authenticator codes from my phone, to then paste of my desktop. I use it to copy web links, phrases and more, and now anyone can enjoy that core feature for free. It's a fantastic time saver.

Beyond that, you can enjoy a subset of the other functionality; and if you would like to unlock everything, you can subscribe to the Premium tier. All new users will still get a 7 day free trial of the Premium tier, so you can see what you think to it. At the end of the trial, you can either subscribe to retain all of the features, or you will be automatically placed onto the Free tier, which you can keep using indefinitely, and I wish you the best if that's what you choose to do. It's designed to provide a great experience for Free and Premium users alike. 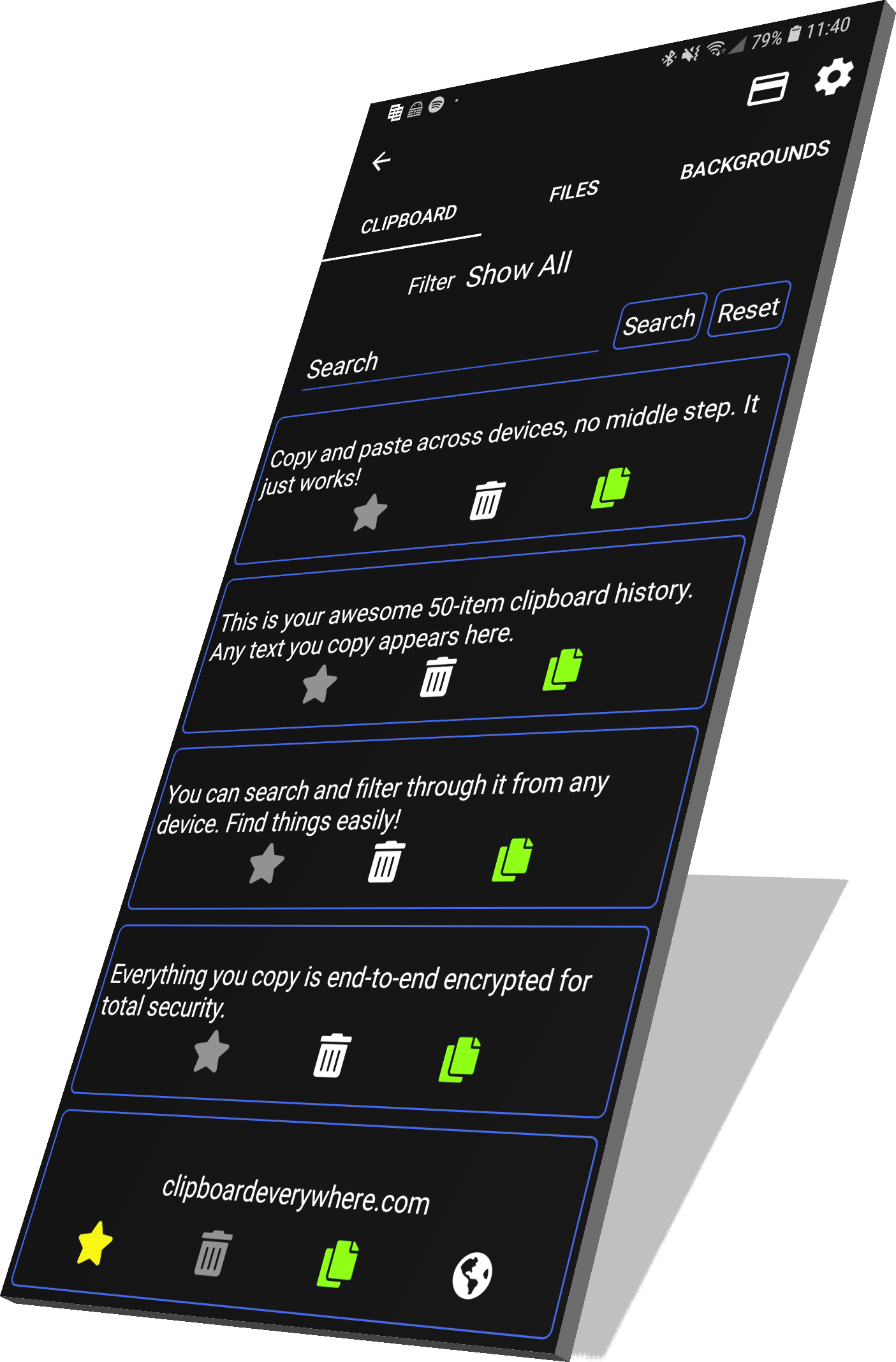 Since releasing SuperDrop, I've wanted to remove the image sync feature, responsible for adding copied images to your clipboard history, and allowing you to paste them on supported devices. This functionality is now superseded by SuperDrop, so has been removed from the apps. With text, I feel that it's ok to sync everything you copy, because the data tends to be small in size, and it's nice to have available across your devices. When dealing with other formats which can be larger, I believe that SuperDrop is a more useful way of sharing that content, as you're not going to accidentally upload megabytes, or gigabytes of data over the internet.

When I introduced adaptive layouts to the Clipboard Page, image and text items had to have the same height. This resulted in me increasing the height of text items, and reducing the height of image items, to find a suitable middle-ground. The problem with this was that less items would fit onto your screen. With the removal of image sync, I've shrunk the controls to again fit more on the screen. See the screenshot for the new look.

When I released the previous update, I also re-themed the website to match the apps, but went a bit further by adding glow buttons. Unfortunately, I've only been able to replicate the effect in the Windows app, and also on iOS, which I have not released an app for. With this update, I've replicated the effect in the Windows app. Unfortunatley, it seems like I'd have to do a disproportionate amount of work to get the effect on Android, as it doesn't seem that there's any built in support for it.

A nice convenience change is that, when on the Subscription Page, and when the button to open the website is clicked, you will now be automatically logged in, but only on Android. I can't do this with the Windows app as the website does not work correctly with Internet Explorer, so the Windows app uses an external browser rather than a webview. There are ways that I can auto login if you are using Chrome or Firefox, but if you're using Edge, the method would introduce security risks, so I had to decide against it.

I also added a nice effect on clicking the "copy" icon on an item from your clipboard history, where the text will animate in scale to act as a confirmation. Tangential to this, I've slightly increased the font size used in clipboard items, as macOS was using a larger font by default, which I feel makes the app look nicer.

For a long time now, the apps have not functioned correctly if you were to log out and back in without closing the app between. This issue has now been resolved, thankfully. It's an issue I should have resolved much sooner.

I've also solved two separate issues that would cause the first copied item to be missed on Android and Windows, and start-up crashes affecting Android 6 and below, and Android 4.4 and below. I don't usually pay any attention to anything older than Android 7.

Additionally, I solved an issue that would prevent a user from reliably reaching their maximum number of simultaneous connections, and would result in devices being prematurely disconnected.

Remember to check the Full Change Log to see more.

Current state of the MacOS App

From my perspective, the macOS app is 100% complete, and was finished on January 1st. However, I haven't been able to release it as it seems that either the Mono or Xamarin.Mac framework contains a severe stability issue that is causing my app to crash randomly due to a memory corruption - personally I believe this to be a Xamarin.Mac issue.

Now that I have released this update, I'll open an issue with the Xamarin.Mac team, and hopefully they will be able to resolve this issue, at which point I can release the app, and welcome platform #3 into the Clipboard Everywhere family.

In addition to the new Tier Comparison page, automated emails are now styled appropriately. I think this adds a nice look to the automated communications.

It's difficult to post about what I'm planning to do next. In the previous post, I said I'd focus on the macOS app, which I did, but it's still not ready for release. I also said I'd focus on convenience features, such as SuperDrop synced folders, which I decided to push back in favour of developing the free tier. I've always got more ideas for the software, and things I want to experiment with. For the time being, I'm not ready to announce what the next update will contain, but the details will be here when they're ready.

Clipboard Everywhere is available for Android and Windows Desktop. You can download the apps from the website at clipboardeverywhere.com or through Google Play (Android). Clipboard Everywhere offers a perpetual Free tier, and a 7 day free trial to the Premium tier. Try it out and see what you think!