First of all, I must point out that I cut the rim of the pads, as they're not made for R70x. Nothing is really.

I do like using stock pads wherever possible, but due to comfort issues, I had to replace them.

ATH-R70x are very nice headphones, but the pads are very shallow. R70x is made only in Japan, and Japanese ears apparently stick out less than mine. I've not had this issue with other headphones however. I still use M50x sometimes and am fine with those pads, but the M50x is on the whole more ergonomic. M50x's drivers are also tilted to point into the ear canal whereas the R70x drivers are flat. Due to the non-tilted drivers and shallow pads, my ears were being pressed on.

I tried padding R70x's stock pads out with bits of foam, but it wasn't working for me. I bought a pair of these Brainwavz pads and they didn't fit, so I cut the rim and they've been working just great for about a month now, and aren't pressing on my ears anymore. They fit on exactly as the stock pads do, the correct way, and so you can't see any of the cuts. They're a bit more loose fitting but they haven't come close to falling off.

If you do cut these, always remember that you can cut more later, so start small. My strategy was to cut a slit and then cut a ring from that - be careful not to pull on them after slitting, as that's how slits can become larger, though I did not have this problem. I simply cut them with some decent scissors.

Compared with the XL Brainwavz pads, I chose just the regular ones as their dimensions were closest to the stock pads. They've roughly the same diameter, only they are deeper. I am happy with the fit as I didn't have to wrap anything around the back of the ear cups, which would block the air holes, as these are open-backed headphones.

The headphones still sound good. I can't draw a correct comparison. I don't believe Audio Technica intended for my ears to be touching the driver, so I don't think I started out with the correct sound signature anyway.

These are the pads I purchased: https://www.brainwavzaudio.com/collections/earpads-round/products/headphone-memory-foam-earpads-round-velour

I bought from Amazon UK.

Here is the official Audio Technica fitting guide, to show how the pads fit on: https://www.audio-technica.com/en-us/support/audio-solutions-question-of-the-week-how-do-i-replace-the-earpads-on-my-ath-r70x-headphones/ 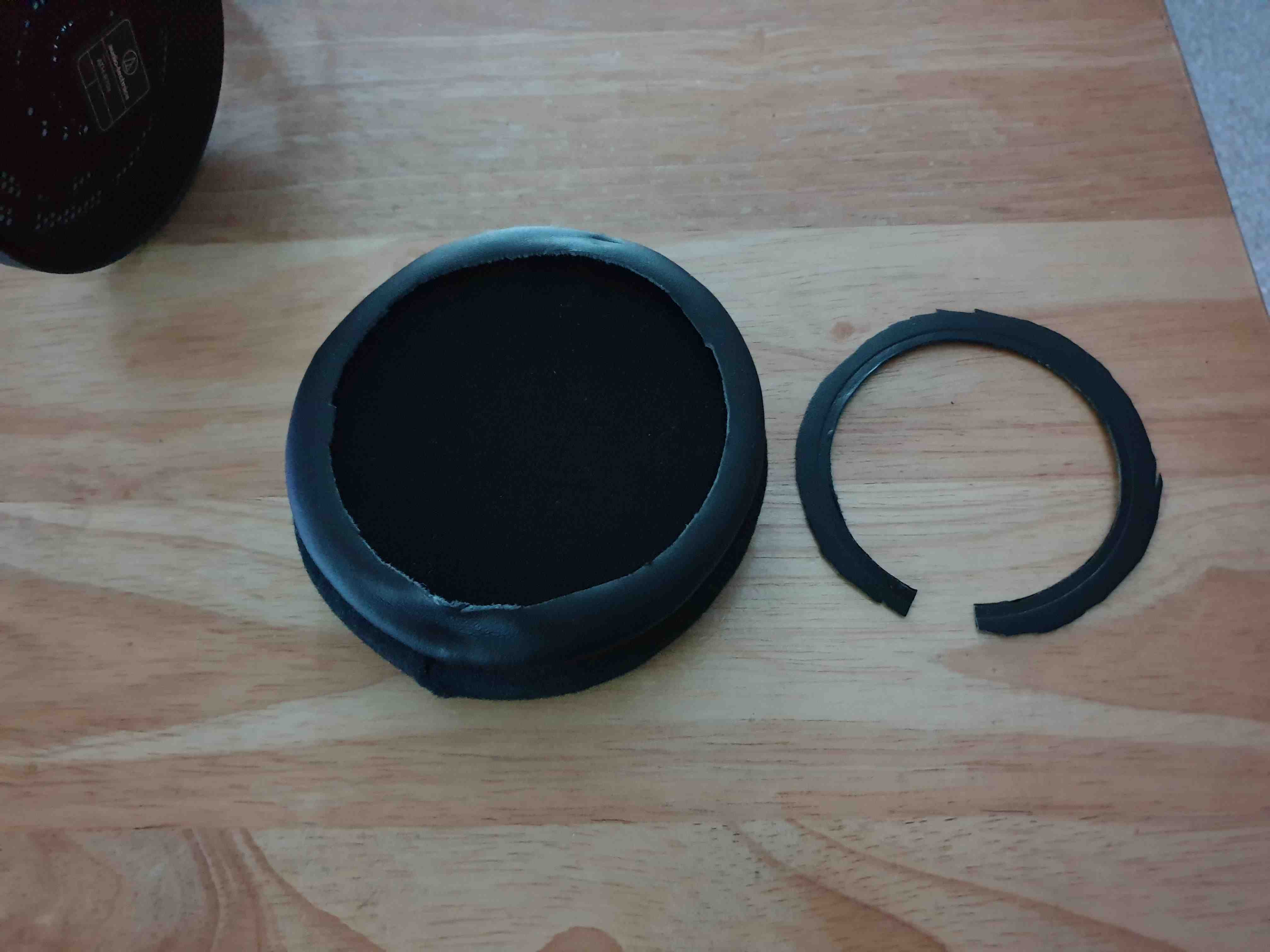 The rear side of the pad, with the rim cut out. 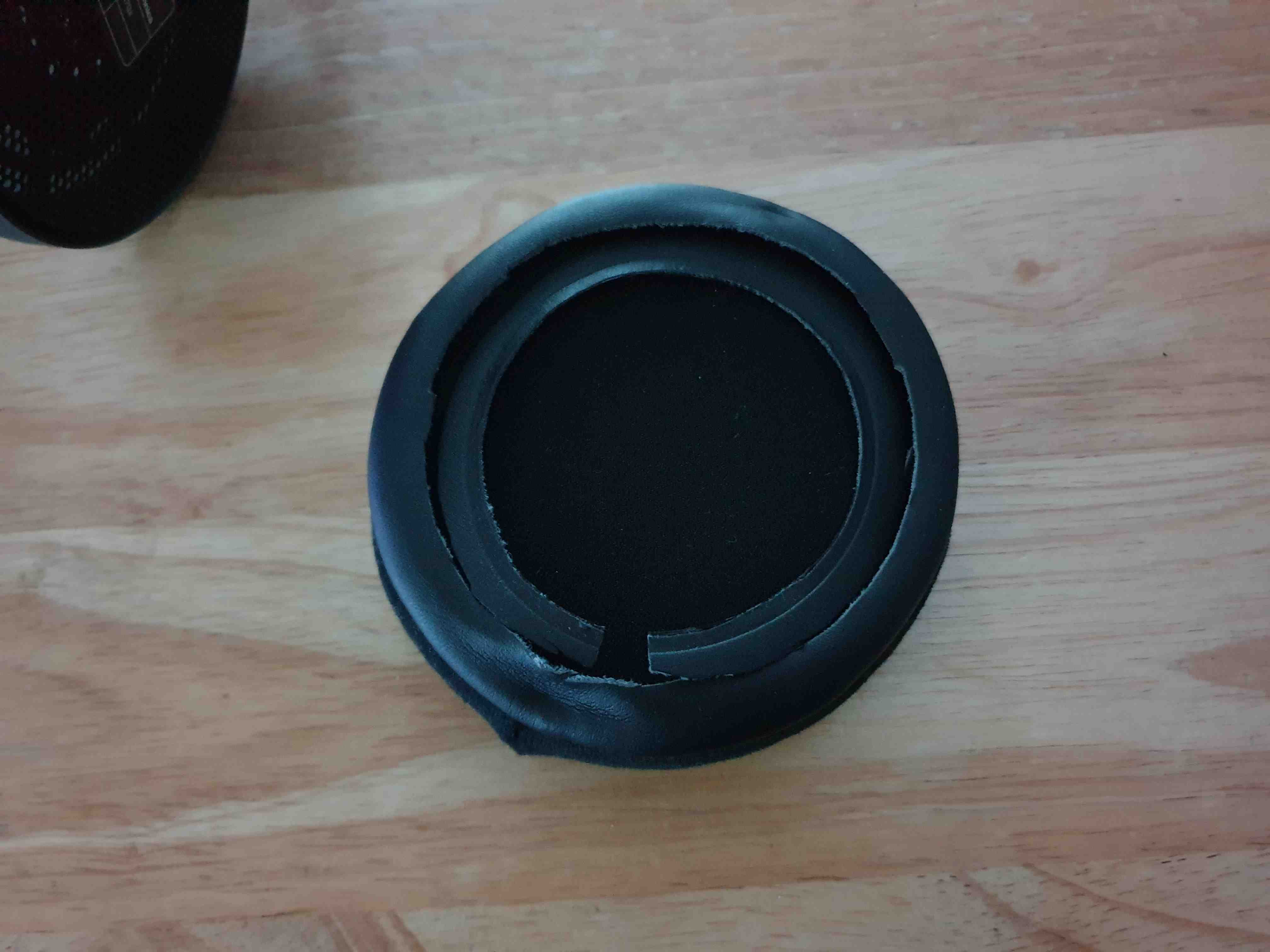 The rear side of the pad, with the cut rim re-inserted to show where it came from. 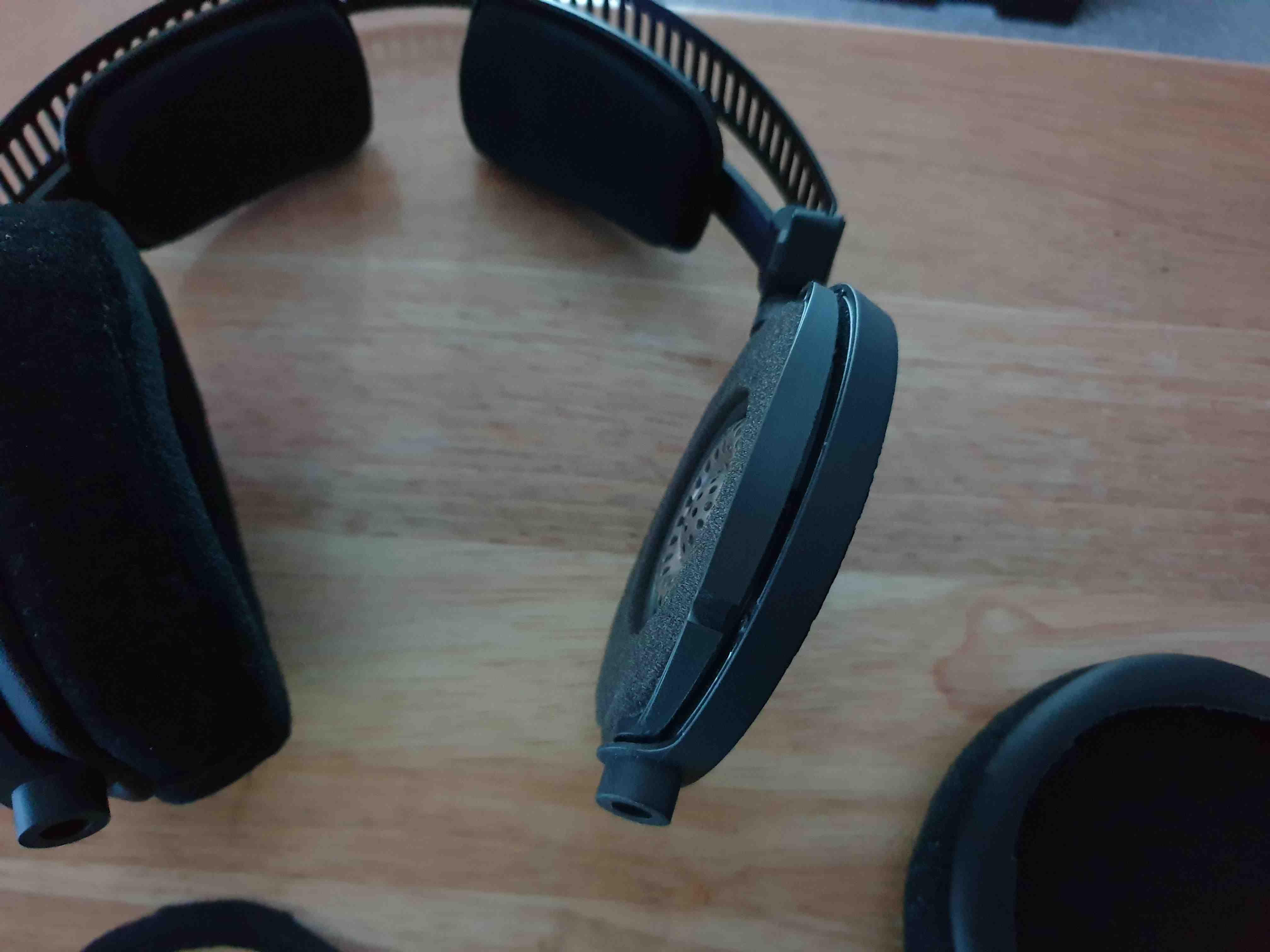 ATH-R70x with a pad removed, showing the rim that the pad fits around. 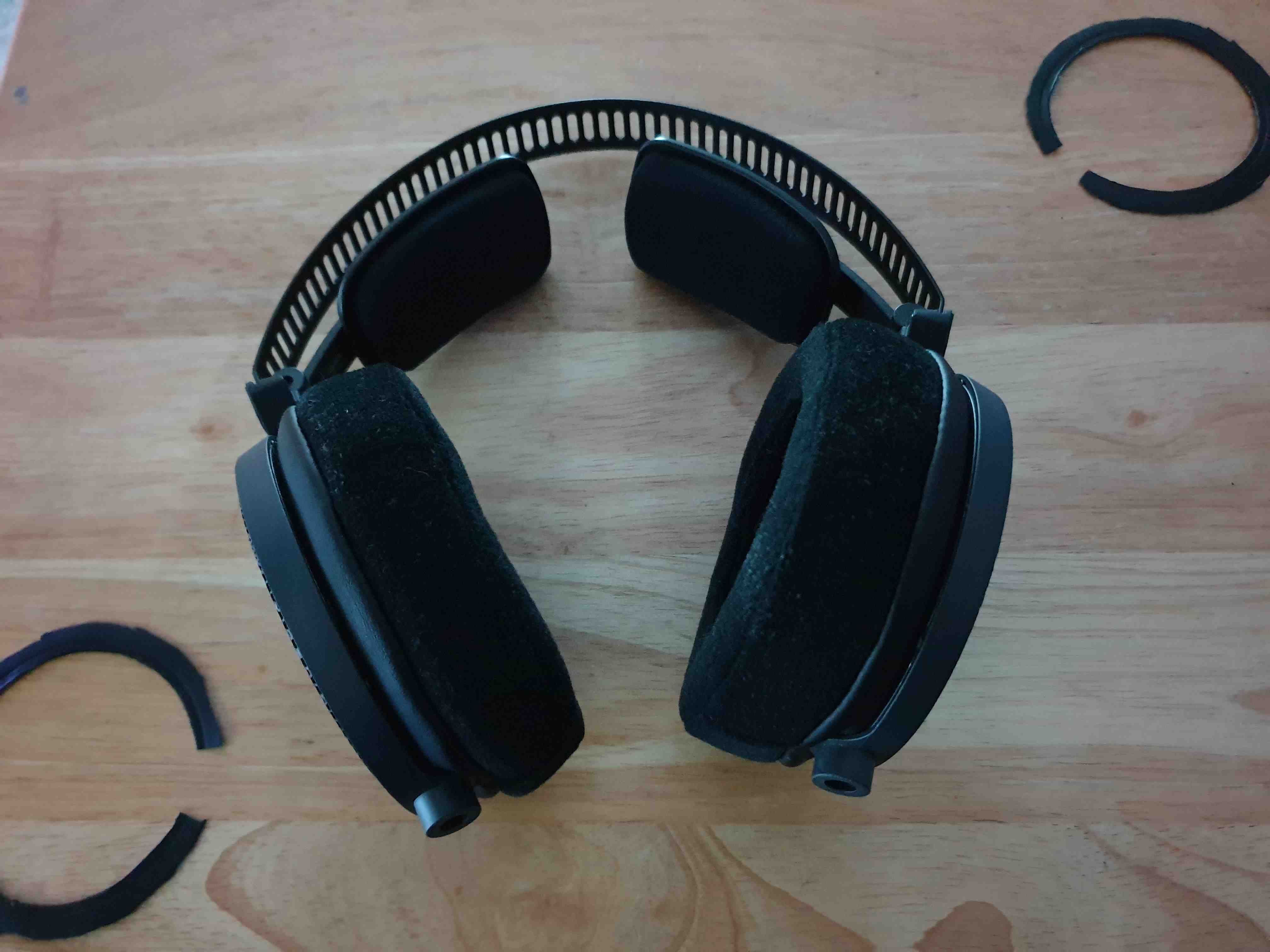 ATH-R70x with both Brainwavs pads fitted. Although my cutting was not neat, it is perfectly hidden. 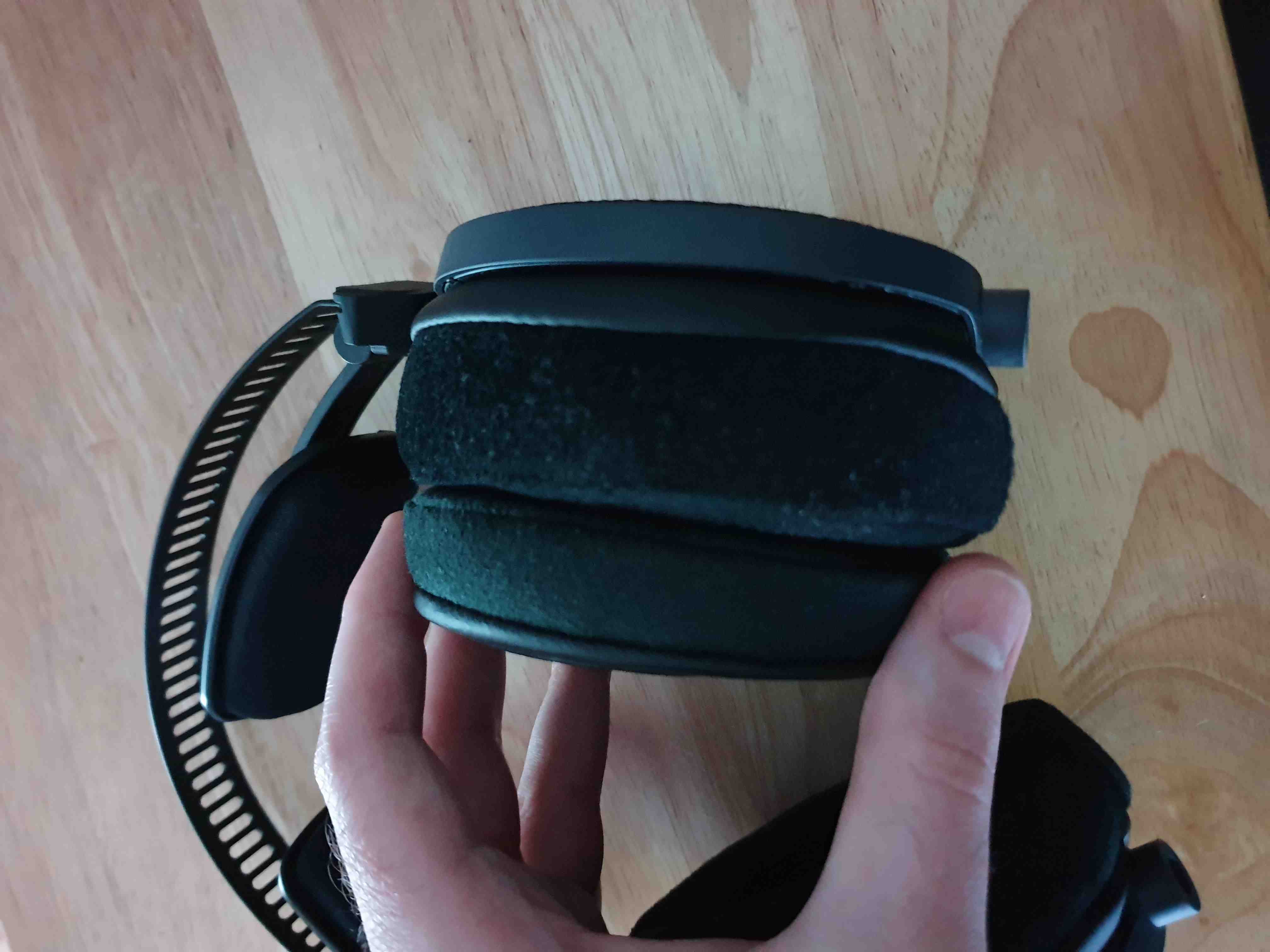 A comparison between a stock pad (bottom) and a Brainwavz pad (top). 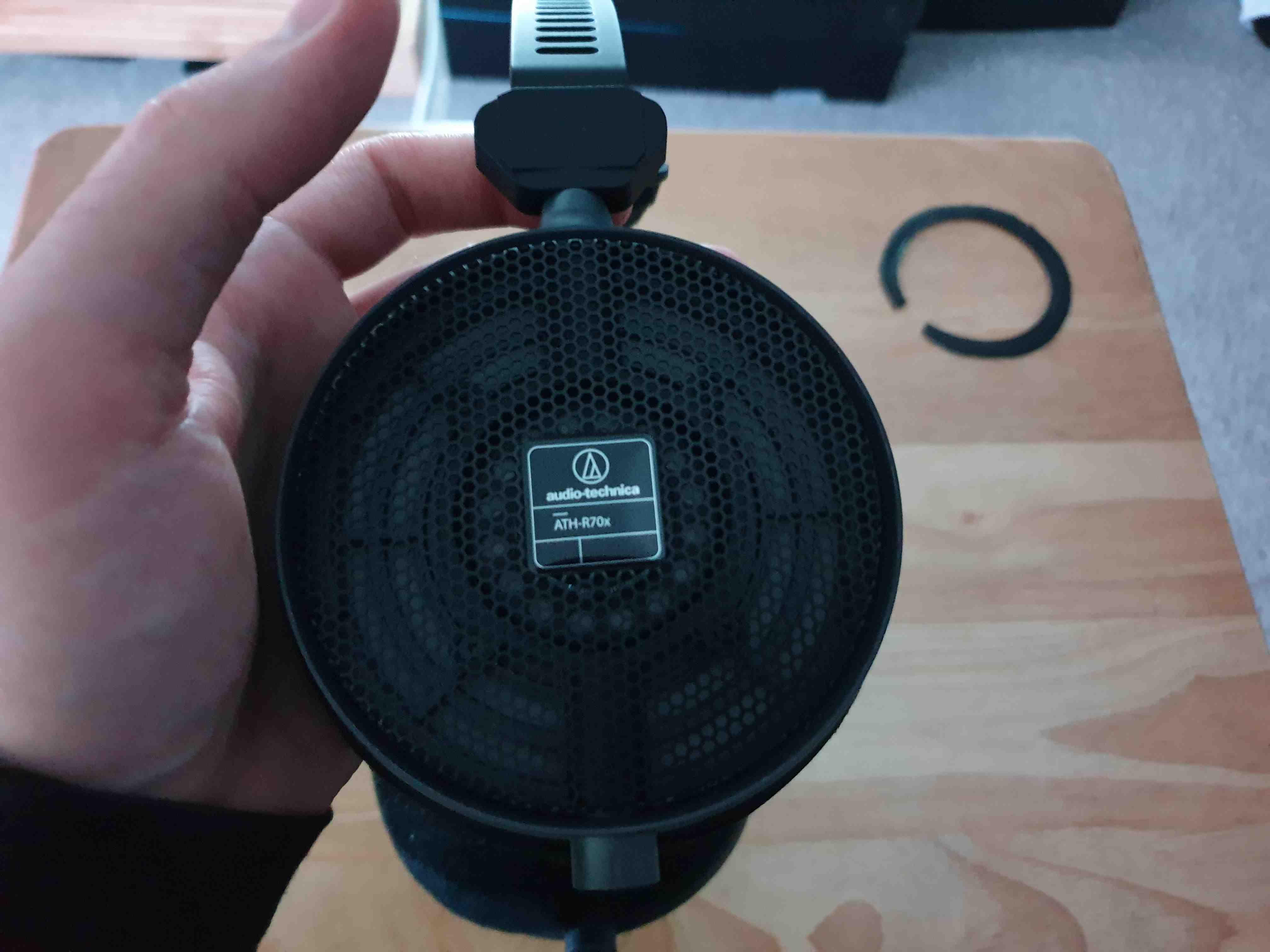 Just showing that these are ATH-R70x headphones.